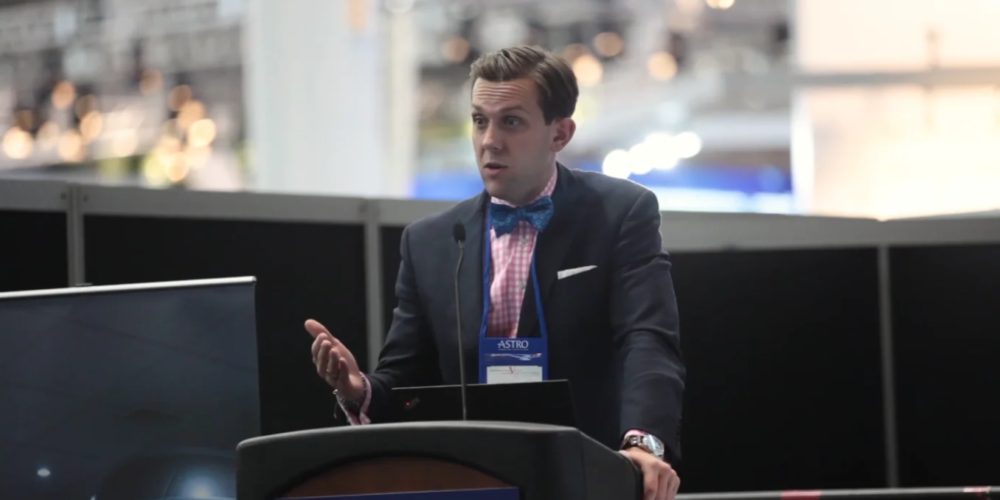 In DIBH, the patient takes a deep breath during treatment, which separates the breast tissue from the heart. “When [the patient takes] a deep inspiration breath hold, the heart moves inferiorly, medially and posteriorly, and essentially out of the radiation beam in the large majority of patients,” says Timothy M. Zagar MD, Assistant Professor at UNC Chapel Hill and lead investigator in the study. With AlignRT, if the patient moves away from their intended breath hold position, the radiation treatment is automatically paused.

UNC’s study included 20 patients with left-breast cancer, from 39-72 years old, none of whom started treatment with heart abnormalities. AlignRT and DIBH were used during radiation therapy, with the aim of protecting the heart from radiation exposure. SPECT scans were used, before and six months after treatment, to detect any cardiac perfusion defects which could have resulted from the radiation.

The treatment resulted in 0% of patients having cardiac perfusion defects or wall-motion abnormalities six months after treatment. An older study², using traditional radiation therapy techniques without AlignRT or DIBH, suggested that cardiac perfusion defects develop in 27% of patients, and 16% develop wall-motion abnormalities.

“The risk of radiation therapy associated cardiovascular disease in women with breast cancer has been a concern for decades,” says Dr. Zagar.  “Our results suggest that DIBH with conformal heart blocking and Surface Guided Radiation Therapy, for patients receiving tangential radiation for left-sided breast cancer, is an effective means to avoid RT-associated cardiac effects. This evidence sets the technique apart in terms of delivering radiation to the target site while protecting the heart, which is promising for the long-term health of left breast cancer patients.”

“Patient safety and comfort has always been at the forefront of AlignRT’s development,” says Norman Smith, CEO of Vision RT. “Vision RT welcomes the publication of this study and the clinical evidence suggesting that that AlignRT may positively impact the long-term health of left breast cancer patients. AlignRT is designed for use on many types of cancer, and having evidence which demonstrates significant clinical value furthers the establishment of Surface Guided Radiation Therapy (SGRT) as the standard of care in motion management for radiation therapy.”