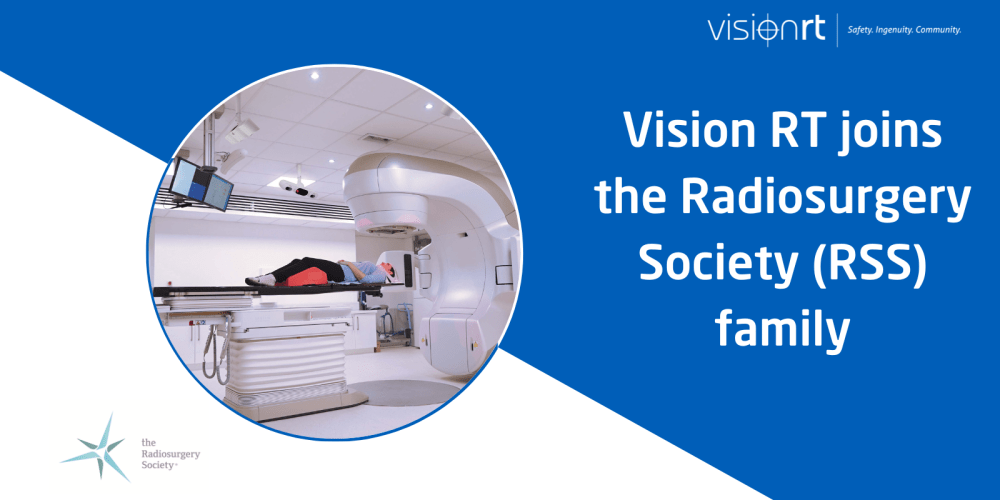 The Radiosurgery Society (RSS) is a non-profit medical society dedicated to advancing the science and clinical practice of radiosurgery. As the professional organization for clinical advancements in SRS and SBRT, this sponsorship recognizes that Vision RT’s SGRT technology increases the accuracy and safety for a wide range of indications, including SRS and SBRT treatments.

“For more than 20 years, Vision RT has worked to make radiation therapy more effective for cancer patients by pioneering Surface Guided Radiation Therapy (SGRT),” said Dr Norman Smith, CEO of Vision RT. “We are pleased to join the RSS Sponsorship Alliance to help support the advancement of SRS and SBRT”.

Both SRS and SBRT require high positional accuracy to ensure patient safety. SGRT uses 3D camera units to monitor a patient’s surface in real-time and compare it to the ideal position with sub-millimetric accuracy, pausing treatment if the patient moves. Over 100,000 SRS patients have been treated using AlignRT, with conditions including brain metastases, trigeminal neuralgia and arteriovenous malformation (AVM). Prospective studies with Vision RT technology have shown outcomes at least as good as other stereotactic treatment modalities for both malignant and benign disease[1-7].

With AlignRT, Vision RT’s market-leading SGRT solution, SRS is performed while the patient wears a comfortable, open-faced, thermoplastic mask. AlignRT delivers sub-millimeter tracking accuracy for all patient skin colors and radiation beam angles, in compliance with the new TG302 standard from the AAPM, even for single-isocenter-multi-metastasis treatments. AlignRT is now in routine clinical use for SRS in more than 400 centers globally, including Memorial Sloan Kettering Cancer Centers, University of California San Diego, and Mayo Clinic – Phoenix.

Those attending #ASTRO2022 will have the opportunity to learn more about SGRT at The Alamo, San Antonio, on Sunday 23rd October.

About the Radiosurgery Society (RSS)

Vision RT is a fast-growing MedTech company revolutionizing radiotherapy. We are the inventors of Surface Guided Radiation Therapy (SGRT), a contact-free technology that uses 3D cameras and computer vision to make radiation therapy safer, more accurate and more comfortable for patients. Our systems are used in all 15 of US News & World Report’s top 15 “Best Hospitals for Cancer”.